With his brothers and father, Thomas Jessop built the Jessop Works in Brightside, one of the largest steel making businesses in the country. When he died the whole city was in mourning – he was a household name and one of Sheffield’s foremost benefactors.

‘Few names of Sheffield worthies are better known or respected by Sheffield people than that of Thomas Jessop. For fifty years he was closely identified with the public and philanthropic life of the town. A local paper recording his death says of him : “Mr. Jessop will be remembered as one of Sheffield’s most energetic, enterprising, and successful manufacturers; as one who took the deepest practical interest in all that concerned the welfare of the people; as one who gave most nobly and generously to all movements that commended themselves to him as deserving of support; but not less will he be remembered for his kindness of heart, and for his altogether unostentatious and unassuming demeanour.” It is not often that such a consensus of opinion of people of all shades of political thought, and of all ranks in the community from highest to lowest, is felt towards a public man as in the case of Mr. Jessop.’

Jessop held many important civic posts including being a member of the first Sheffield Town Council, serving on the board of Police Commissioners, Master Cutler, Mayor, Alderman and JP. As Mayor in 1864 Jessop had to deal with the Great Sheffield Flood:

As chief magistrate Mr. Jessop was indefatigable in his exertions in organising relief for the sufferers. Working men, who lost their all, had no more sympathetic friend, or one more determined that they should be fully compensated. It was an anxious time for Sheffield, and Mr. Jessop shared its anxiety. He spared no time and no devotion in his endeavours to mitigate the evil.

These extracts are all from History of Upper Chapel, Sheffield by Manning, John Edmondson (with thanks to Jane Jones for her genealogy page).  This was written in 1900, thirteen years after Jessop’s death.  It is sad to see that the City’s memory of its heritage and forefathers seems to be faltering.  From the same article:

It is impossible to enumerate all the good work in which Mr. Jessop took part as initiator or helper. He took great interest in the welfare of the people of Brightside, contributing to all philanthropic and educational movements among them. But the permanent monument of the catholicity of his philanthropy is the JESSOP HOSPITAL FOR WOMEN which originated in the desire of his kind heart to help poor women, and which cost him £30,000. 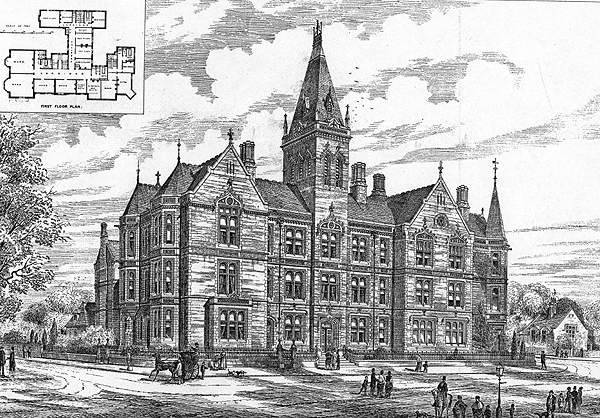 The Victorian section of the Jessop Hospital was built in 1878 and had 57 beds. Jessop’s vision quickly became reality, the hospital thrived and twenty four years later the architect responsible for the Victorian wing, John Dodsley Webster, would see his follow up Edwardian design built and a further 100 beds added to the hospital.  The hospital is remarkable in embodying sympathetic design of hospitals from two different periods (albeit only 24 years apart) by one local architect.

This page gives only a brief introduction to the history behind the Jessop buildings.  For a detailed review of the development of the Edwardian building and the input of the architect John Webster, please see the research which Sheffield University submitted in 2009 plans for a more sympathetic development of the Edwardian building (before they had a change of heart). 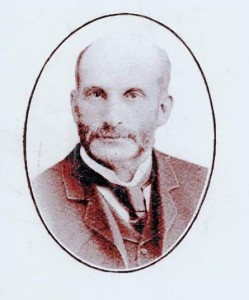 Sheffield University is a ‘Red brick university’  and some of its most important buildings are red brick buildings – the Firth building, the Mappin building – still dignified and great buildings over one hundred years after they were built.   These buildings are tangible legacies of some of Sheffield’s most important founding fathers, who drove not only the City’s public life but its industrial might also.  If it were not for the likes of Mark Firth, Sir Frederick Mappin, Thomas Jessop and John Dodsley Sheffield would not have this great University, The Jessop Hospital or the Children’s hospital.    Thomas Jessop was a founder of Sheffield Technical School, the embryo of Sheffield University.  How sadly ironic that the University, effectively now a thriving business, and its partner in this case, Sheffield City Council, are prepared to sell off the heritage of a City and the memory of the very people to whom they owe so much for the sake of short term profits.